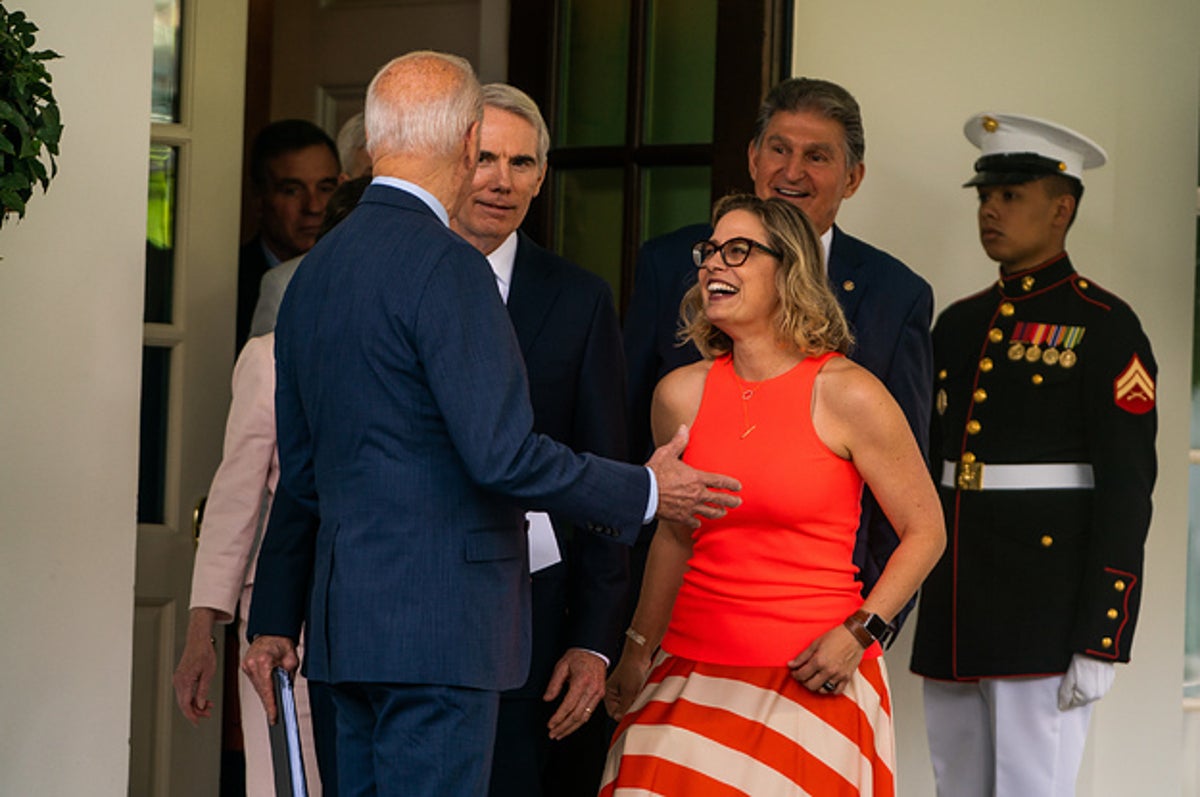 WASHINGTON — A majority of President Joe Biden’s agenda hangs in the balance as a schism between progressive and centrist Democrats threatens to tank the two bills that encompass his legislative priorities.

Both factions of the party are threatening to use the biggest piece of leverage they have: voting down their own party’s massive social program bill, its signature infrastructure bill, or both.

Democrats came out of the summer with high hopes of passing a broad slate of reforms to institute paid family leave, lower prescription drug costs, reform the immigration system, invest in green energy, and expand the Affordable Care Act all in one omnibus bill called the Build Back Better Act. Democrats have a razor-thin majority in the Senate and not much better in the House, meaning they will need to get almost every member of their party on the same page. Instead, they’re starkly divided.

The party has a chicken-and-egg problem over which bill to put forward first; centrists are threatening to kill the Build Back Better Act unless the House first passes the party’s infrastructure bill, while progressives are threatening to block the infrastructure bill until there is agreement on the Build Back Better Act. Both sides have the numbers to make good on their threats.

The biggest disagreement currently raging over the omnibus social program bill is how aggressively it takes on pharmaceutical companies. The bill would allow the government to use the leverage of Medicare to negotiate down drug prices, potentially creating hundreds of billions of dollars in savings that they can use to spend on social programs.

Some centrists oppose the provisions on drug pricing and have put forward a milder proposal to allow Medicare to negotiate prices only for certain drugs that no longer have exclusivity and for which there is no competition on the market.

Politico reported Sunday evening that Sen. Kyrsten Sinema, a Democrat from Arizona, opposes both of these plans and told Biden she’s willing to kill the entire plan unless the House first passes an infrastructure bill. The Democratic majority in the Senate is so thin that the party cannot afford to lose a single vote, giving Sinema the power to single-handedly tank any legislation.

The infrastructure bill, which was already passed by the Senate before summer break, is supposed to go to the House floor by next Monday. It’s anyone’s guess whether that will actually happen. But if an agreement isn’t reached, Democrats could come away with nothing, which could be a disastrous failure for Biden’s first year in office. Given that midterm elections are next year and Democrats could lose control of either chamber, this may be their only chance to pass major reforms through Congress.

Democrats are also strapped by the rules of Congress and the complex, wonky system they’re using to get around a Republican filibuster to their bill. They’re using a process called budget reconciliation, which allows them to pass the bill through the Senate with only 50 votes — a must, given that the Senate is split 50-50 and not a single Republican will support them.

But this comes with several catches. The bill needs to be budget-neutral over the long term, so Democrats must raise revenues to offset every new policy they want to pay for. Also, items that don’t relate to the budget cannot be included.

The person who determines what is and is not a budget item is Senate Parliamentarian Elizabeth MacDonough. She delivered a blow to Democratic hopes Sunday by ruling that their plan to pass a pathway to citizenship for DACA recipients is not a budget item and cannot be included in the bill. She has previously nixed raising the minimum wage for the same reason.

“Last night’s ruling was extremely disappointing,” said Senate Majority Leader Chuck Schumer. “It saddened me. It frustrated me. It disappointed me.” Schumer said his party is working on an alternate proposal that they will pitch to the parliamentarian in the coming days, but he did not give details on how that plan will be different.

The coming days and weeks will be critical for whether Democrats are able to pull off their agenda. Both sides of the party are continuing to push their agendas. Last week, three centrist Democrats voted with Republicans to block the drug pricing provisions from passing through the House Energy and Commerce Committee. Committee chairs scrambled and were able to pass it through the Ways and Means Committee that same day instead.

Publicly, party leaders are still expressing confidence that they will get it done. White House press secretary Jen Psaki was asked Monday whether the president is worried that he will not be able to pass into law many of the key promises he made on the campaign trail. Psaki responded with only a single word answer: “no.”

How Do A Lot Of Us Latinos Own The Same Bowl?
Choose Between Your Favorite Takeout Places And I'll Accurately Guess Your Age