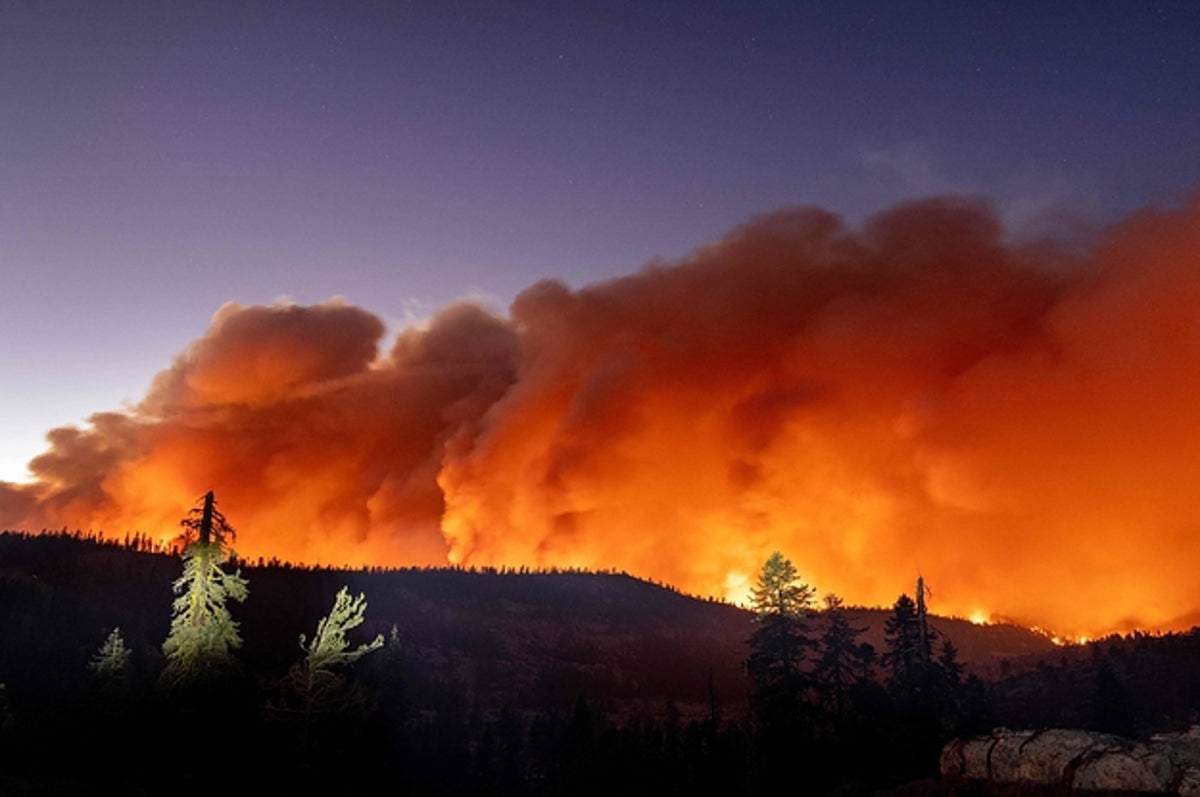 When the Caldor fire started on Aug. 14 in Northern California, no one expected that two weeks later its flames would cross the Sierra Nevada mountains, threatening the communities and beloved tourist attractions around Lake Tahoe. But as the temperatures rise around the world due to climate change, massive and destructive wildfires have become California’s new normal. A dangerous mix of embers, wind, and dry land enabled the wildfire to consume more than 191,000 acres, and South Lake Tahoe, a city of 22,000 people, faced a tense backlog of traffic on Monday as people were forced to evacuate. As fire crews worked through the night — using retardant, water sources, and even snow blowing machines from a local resort — the blaze continued to resist containment, leaving locals and firefighters unsure of how much further the fire will go.

These photos show the unrelenting power of the fire and the community it is impacting.