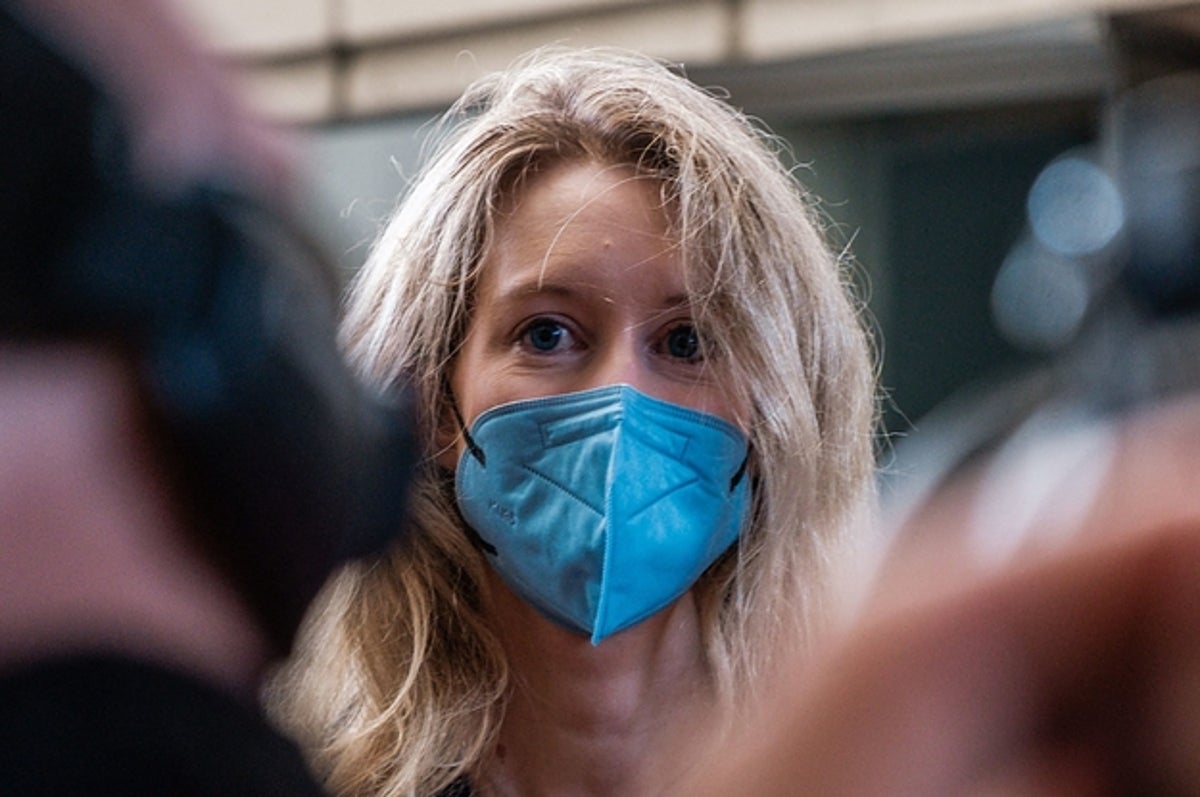 With her black turtlenecks and wide-eyed stare, Elizabeth Holmes for years cartoonishly embodied the image of the Silicon Valley founder whose big ideas could change the world. But following the spectacular and public breakdown of her blood-testing company Theranos, lawyers at her federal fraud trial on Wednesday attempted to tell a different story: Was she actually a liar and cheat, grasping for money and fame? Or simply a woman who tried hard and failed?

Attorneys for the Department of Justice and defense lawyers for Holmes presented those two pictures in their opening statements to a jury of five women and seven men. Over the course of the next several months, they will hear testimony from former Theranos employees, investors, patients, and others to determine whether the former CEO who was once hailed as the next Steve Jobs intentionally misled and lied to investors and patients about the capabilities of her company’s blood testing technology.

“This is a case about fraud, about lying and cheating to get money,” Assistant US Attorney Robert Leach told the jury.

Holmes, 37, is charged with 10 counts of wire fraud and two counts of conspiracy to commit wire fraud. Each count carries a maximum sentence of up to 20 years in prison, if she is convicted.

Prosecutors are alleging that she conspired with her ex-boyfriend, Ramesh “Sunny” Balwani, Theranos’s president and chief operating officer, to carry out the scheme. The pair knew the company’s blood tests produced unreliable results yet still sold them, prosecutors said, and then committed wire fraud by electronically sending those results to patients and doctors across state lines. Balwani is facing the same set of charges as Holmes and will face a separate trial next year.

In the defense’s statement, Holmes’ attorney Lance Wade portrayed the former CEO as a business person who “worked herself to the bone” for years to achieve a noble and worthwhile goal: to make lab testing cheaper and more accessible. She did not succeed, but that doesn’t make her a criminal, Wade said.

“Now in the end, Theranos failed. And Ms. Holmes walked away with nothing,” Wade said. “But failure is not a crime.”

Holmes had sought to revolutionize medicine with Theranos’s proprietary machine, which she claimed could run hundreds of blood tests on just a few drops of blood. The company’s device was supposedly faster, cheaper, and more accurate than all other blood-testing lab equipment on the market and could revolutionize medicine by bringing critical diagnostics into drug stores, homes, or even the battlefield. But as a Wall Street Journal investigation revealed in 2015, the machine could run, in reality, only a small number of the tests, and its results were rife with inaccuracies. Instead, Theranos used commercially available machines to run the majority of its tests, diluting the drops of blood to increase volume for some tests and using much larger samples drawn from patients’ arms for others.

Court documents have shown that Holmes might accuse Balwani of mentally and sexually abusing her, thereby clouding her judgment during the time she allegedly committed fraud. On Wednesday, Wade did not make those accusations directly, but instead told the jury that Holmes made a mistake in trusting and relying on Balwani, who was nearly 20 years her senior, as her “primary adviser.”

“Mr. Balwani encouraged her to leave school and pursue her idea,” Wade said. “And you’ll hear that he pursued a personal relationship with her as well. In this case, you’ll learn that certain aspects of that relationship had a big impact on Ms. Holmes.”

Can You Survive One Day As A Vegan?
Arizona Election Audit Drags, And Trump Backers Impatient