Elizabeth Holmes Might Accuse Ex-Boyfriend Of Abuse At Theranos Trial 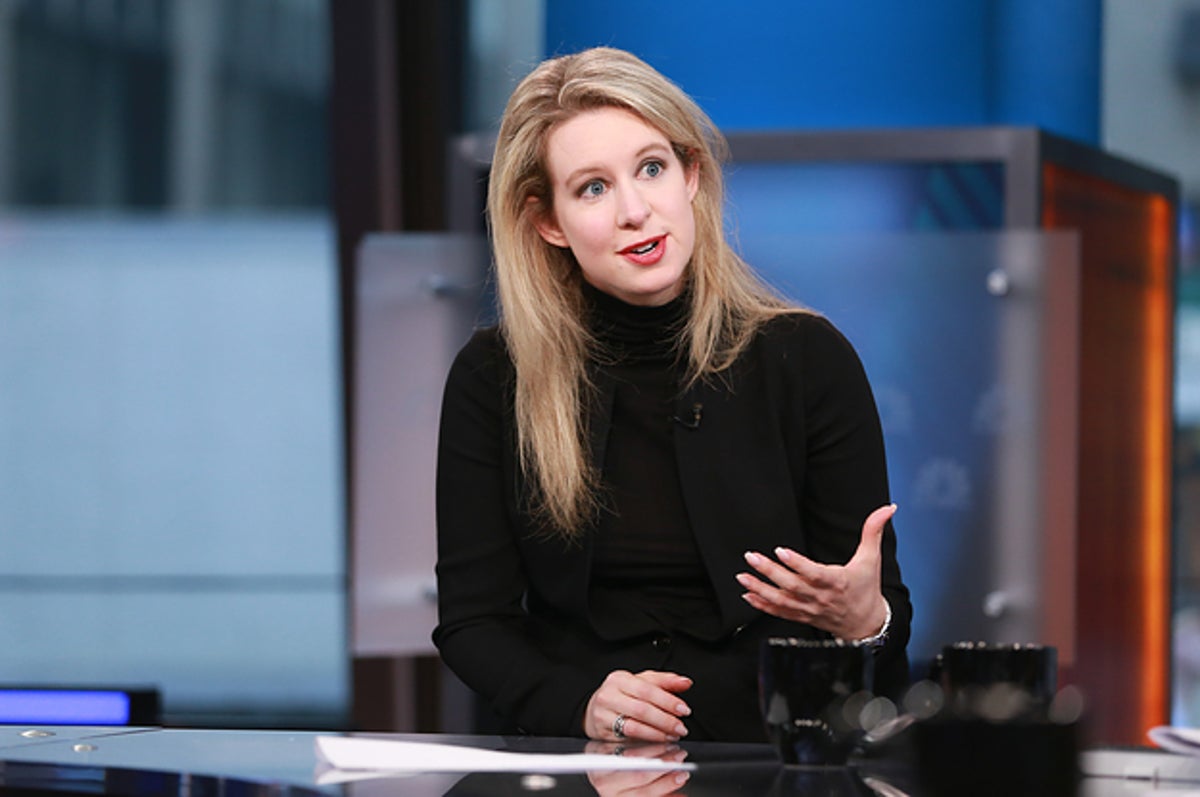 Elizabeth Holmes, the founder and former CEO of the disgraced blood diagnostics company Theranos, might accuse her ex-boyfriend of mentally and sexually abusing her, thereby clouding her judgement during the time she allegedly committed fraud, according to court documents that were unsealed ahead of her criminal trial.

Holmes, 37, is facing a dozen charges of wire fraud and conspiracy to commit wire fraud. Jury selection is scheduled to begin Tuesday.

In the court documents unsealed on Saturday, Holmes’ attorneys allege that her co-defendant and ex-boyfriend, Ramesh “Sunny” Balwani abused and controlled her during their decade-long relationship, “including during the period of the charged conspiracies.”

Balwani was Theranos’s president and chief operating officer, and is facing the same set of charges. He’s due to go on trial next year.

Holmes had sought to revolutionize medicine with Theranos’s proprietary machine, called the Edison, which she claimed could run hundreds of blood tests on just a few drops of blood. The Edison was supposedly faster, cheaper, and more accurate than all other blood-testing lab equipment on the market. But as a Wall Street Journal investigation revealed in 2015, the machine could run, in reality, only a small number of the tests and its results were rife with inaccuracies. Instead, Theranos used commercially available machines to run the majority of its tests, diluting the tiny vials of blood to increase their volume for some tests and using much larger samples drawn from patient’s arms for others.

Now, federal prosecutors must convince a jury that Holmes intentionally lied to patients and investors about the capabilities of her company’s technology. If she is convicted, she will face up to 20 years in prison, plus a fine of $250,000 and restitution for each count.

As part of Holmes’ defense strategy, her attorneys may introduce evidence from a clinical psychologist, Mindy Mechanic, regarding “a mental condition bearing on guilt.” According to the documents, Mechanic, an expert on “interpersonal violence,” could speak to whether Holmes’ relationship with Balwani “was consistent with intimate partner abuse” and also discuss “present diagnoses of Post-Traumatic Stress Disorder, depression, and anxiety.”

According to the court documents, Holmes might allege at trial that Balwani was sexually abusive and threw objects her. And in addition to monitoring her phone and emails, he “controlled what she ate, how she dressed, how much money she could spend, who she could interact with — essentially dominating her and erasing her capacity to make decisions,” the court documents state.

In a court motion to hold separate trials, Balwani’s attorney, Jeffrey Coopersmith, said Holmes’ allegations are “deeply offensive to Mr. Balwani, devastating personally to him, and highly and unfairly prejudicial to his defense of this case.”

The documents were among a slew of filings made public by the court in response to a request by Dow Jones & Company, which publishes the Wall Street Journal, to unseal the pleadings and hearing transcripts associated with the government’s evaluation and her and Balwani’s motions to sever their trials.

After much of the now-defunct company’s alleged misdeeds were shrouded in secrecy, hundreds of documents in Holmes’ 3-year-old criminal case were filed under seal with no information about who filed the documents, what they contained, or why they needed to be kept private.

Attorneys for Dow Jones estimated that 40% of the docket was under seal as they argued that the public — and the press — have a right to access the records under the First Amendment.

During a hearing regarding Dow Jones’ motion earlier this month, federal prosecutors said they were originally opposed to sealing the documents and needed clarity on what they could discuss publicly in front of the jury during Holmes’ trial, the Journal reported.

John Cline, one of Holmes’ attorneys, said at the time that some documents could be made public, but in a filing last week her defense team argued that they should not be unsealed until after the jury is selected.

“Immediate unsealing would expose potential jurors to a spate of media reports about the newly disclosed materials,” her attorneys wrote. “That media exposure would prolong and complicate jury selection and risk seating jurors influenced by the reports.”

The concern that potential jurors could be negatively influenced by news reports about Holmes, whose rise and fall was widely covered in the news, a best-selling book, documentaries, and a podcast, has been a key issue for the defense throughout the proceedings. In May, her attorneys proposed a jury questionnaire with more than 100 questions, including detailed queries about their social media use, arguing that an expanded form was necessary to identify any potential biases against Holmes, Theranos, and Balwani.

“Ms. Holmes is routinely referred to in derisive and inflammatory terms that are directly relevant to the wire fraud charges in this case,” her attorneys wrote in their request for an expanded questionnaire, citing the use of terms like “fraud,” “con artist,” and “raging psychopath,” and “recurring themes, often relating to Ms. Holmes’ demeanor, voice, and physical appearance” in coverage that dates back years.

“The cumulative effect of this torrent of prejudicial coverage is unmistakable,” they wrote.

Prosecutors had asked the court to compel Holmes to submit to another psychological evaluation conducted by government experts after she informed them that she planned to introduce evidence from Mechanic. The details of that evaluation were not yet made public as of Saturday morning.

If You Can't Name Half Of These Pastries, I Have To Ban You From Dessert
We Want To Hear Your Best Cookie Baking Tips And Hacks