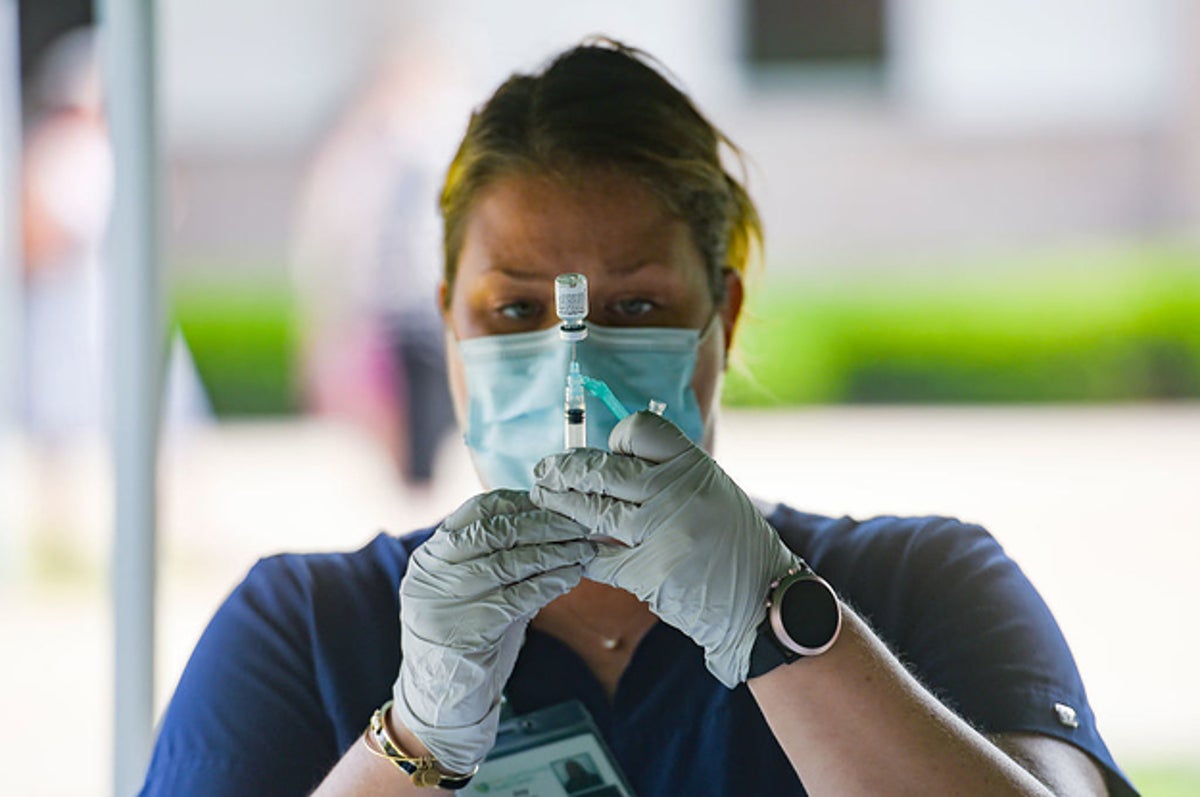 A fierce debate over whether to approve booster COVID-19 vaccine shots in the US culminated in a unanimous vote from the FDA’s external panel of experts on Friday to recommend a third Pfizer dose for adults 65 and over or those who face high risks because of their jobs or underlying illnesses.

The committee first overwhelmingly voted to reject a request from Pfizer to approve boosters to all Americans age 16 and over. Outside experts argued that there was not sufficient safety data to endorse a third dose for younger age groups. In a follow-up vote, the group voted unanimously to recommend emergency authorization for a booster dose for older adults and high-risk groups.

The recommendation will be “fine-tuned” by a CDC committee next week, said panel acting chair Arnold Monto of the University of Michigan.

In August, President Joe Biden and his advisors had called for providing booster shots to all adults eight months after their last vaccine shot, citing new data on waning immunity against COVID-19. But the move required approval by the FDA.

In the interim, many scientists — including top scientists at the FDA and the World Health Organization — argued that two doses were still highly protective against severe disease and weren’t needed for the general population. Extra doses, they argued, were better spent preventing deaths and stopping the development of potentially dangerous new variants worldwide. Two top vaccine scientists at the FDA have chosen to resign, reportedly over the Biden administration’s boosters plan.

The FDA typically follows the recommendation of its vaccine advisory committee. But many have argued that the White House has been forging ahead with a broad booster plan without the health agency’s approval. White House coronavirus czar Jeff Zients on Friday defended the White House’s preparations to coordinate with state and local health officials ahead of the FDA’s authorization, arguing that the Trump administration’s slow vaccine rollout was driven by a failure to lay the groundwork for a vaccination campaign before the shots were authorized.

In the course of the day-long meeting ahead of the vote, the panel heard from Pfizer representatives asking for approval of the booster, and FDA experts critically examining the data submitted by the drug maker. Israeli Ministry of Health officials also presented data from their booster campaign, arguing the third shots prevented a surge that would have exceeded the nation’s hospital capacity in August.

About 20 nations now offer booster shots to some part of their population, typically the elderly, medical personnel, or those with compromised immune systems, with around twice that number discussing the possibility. Israel offers boosters to everyone, as does Hungary, while Turkey, Chile, Uruguay and Cambodia are offering voluntary boosters to those already vaccinated with a less effective Chinese vaccine. Russia is similarly offering boosters of its vaccines.

The United Kingdom decided to approve booster shots for people 50 and older, as well as vulnerable groups such as cancer patients with compromised immune systems, earlier this week, following a recommendation from its external vaccine advisory group. That rollout began on Thursday.

This is an updating story.