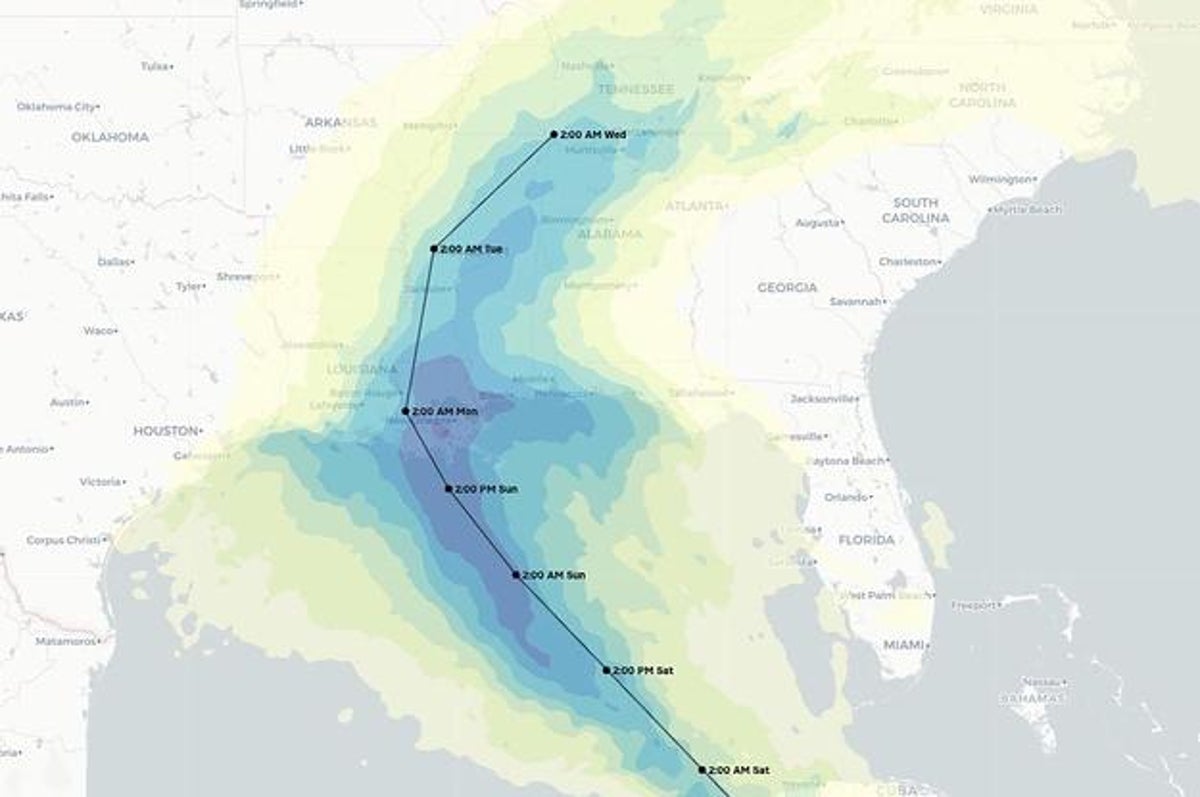 “By Saturday evening, everyone should be in the location where they intend to ride out the storm,” Louisiana Gov. John Bel Edwards warned on Thursday evening.

Louisiana, which in 2020 was battered by three hurricanes and two tropical storms, is facing another direct hit.

According to the National Hurricane Center, storm Ida is expected to reach the Gulf Coast on Sunday afternoon — 16 years to the day after Hurricane Katrina made landfall in Louisiana. Ida is expected to hit the state as a Category 3 hurricane, with maximum sustained winds around 115 mph.

Louisiana Gov. John Bel Edwards declared a state of emergency on Thursday evening. “Now is the time for people to finalize their emergency game plan, which should take into account the ongoing COVID-19 pandemic,” Edwards said. “By Saturday evening, everyone should be in the location where they intend to ride out the storm.”

Ida is expected to reach hurricane strength in the Gulf of Mexico on Saturday after passing through western Cuba. It is then likely to gain more strength as it moves north over the warm waters of the Gulf.

As of Friday morning, the National Hurricane Center warned that Ida was likely to make landfall on the coast of Louisiana on Sunday afternoon “at or near major hurricane strength.”

Forecast track and rain in the next 7 days

Flooding from storm surges and heavy rain are expected to be major hazards from Ida. “As Ida approaches the central Gulf Coast Sunday afternoon, total rainfall accumulations of 8 to 16 inches with isolated maximum amounts of 20 inches are possible from southeast Louisiana to coastal Mississippi and Alabama through Monday morning,” the NHC warned on Friday.

This map shows areas currently under storm surge watches and warnings. On Friday morning, the NHC predicted that, if the peak surge coincided with high tide, the surge could be as high as 11 feet above ground level in the zone between Morgan City, Louisiana and Ocean Springs, Mississippi.

The National Oceanic and Atmospheric Administration predicts that 2021 will be an above average Atlantic hurricane season, with 15 to 20 named storms, 7 to 10 hurricanes, and 3 to 5 major hurricanes.

Last year was the busiest Atlantic hurricane season on record. The season was especially brutal in southwest Louisiana, which was hit by hurricanes Laura, Delta, and Zeta.

This May Sound Strange, But We Know What Combo Of Twilight Character And Fall Starbucks Drink You Are
Non-Americans Are Revealing The American Restaurants They've Always Wanted To Try, And It's Fascinating