Pfizer Says Its COVID-19 Vaccine Is Safe For Young Kids 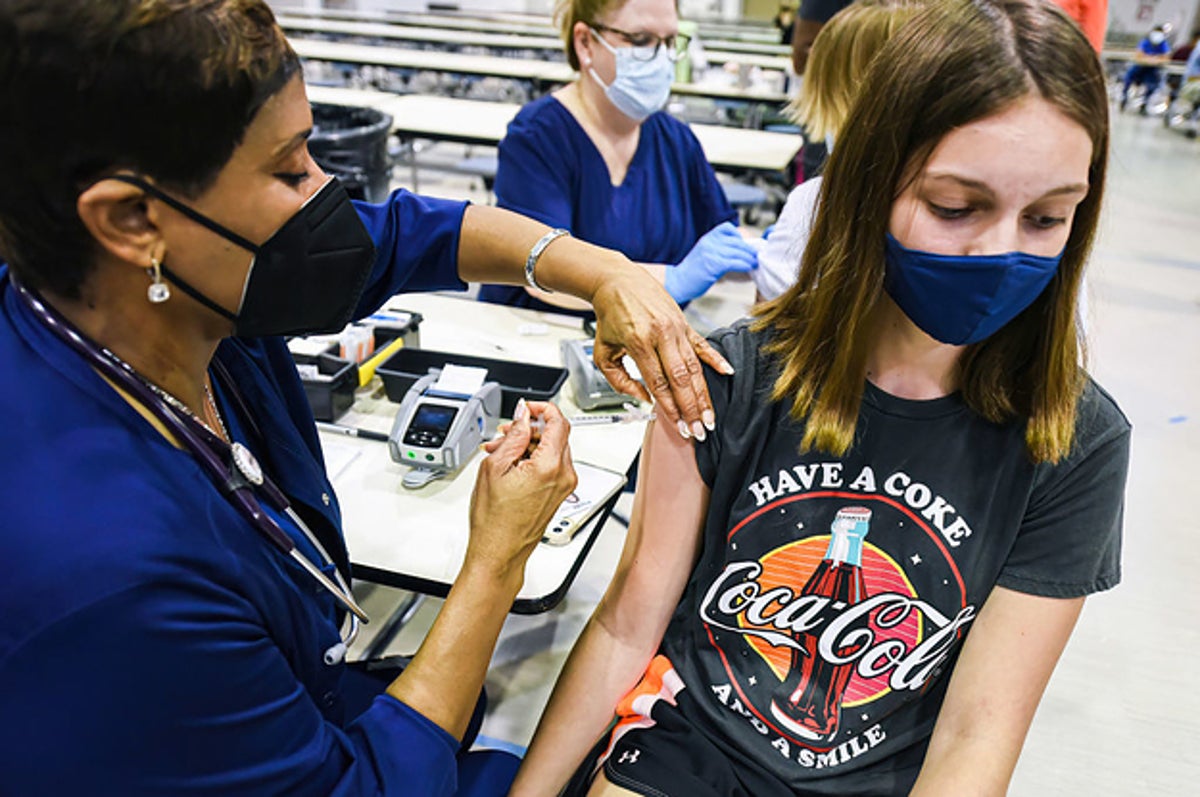 Results of the clinical trial of the mRNA vaccine, tested in more than 2,200 kids, will soon be submitted to the FDA, according to the companies. The company has not yet publicly released their data.

The doses the children received were a third of the size of adults ones, given in two doses spaced three weeks apart. The lower-dose shots prompted strong immune responses close to those seen in adults aged 16 to 25 given the full doses, the companies said. Younger kids experienced low side effects similar to those seen in young adults.

“We are eager to extend the protection afforded by the vaccine to this younger population,” said Pfizer chief executive officer said Albert Bourla, in a statement. Since July, childhood cases of COVID-19 have risen by about 240% in the US, Bourla noted, as a surge tied to the Delta variant of the virus has coincided with school reopenings nationwide.

While it’s currently estimated that only around 1% of kids who get COVID-19 will be hospitalized, by mid-August, the number of kids getting hospitalized with COVID per week was nearly five times higher than it was at the end of June, according to the CDC.

The FDA has faced increasing pressure to authorize vaccines for kids. The pharmaceutical firms said they would also submit the results to be published in a scientific journal.

The FDA authorized the Pfizer vaccine for kids 12 to 15 in May, two months after the drug company submitted trial results to the agency. A similar timeline would mean a vaccine for kids aged 5 to 11 could come around the beginning of November.

Pfizer also said that results from the other two younger age cohorts – children aged 2 to 5 years and children 6 months to 2 years of age – are expected later this year.

We're Gonna Make You Choose Between These Snacks And No, It Won't Be Easy
Brief Urges Supreme Court To Protect Abortion Rights